We had the pleasure to participate to this year’s Schattenwelt Festival, unfortunately only in the 2nd day because of my health issues (something I ate on Friday, that made me sick for the whole day and night).

The festival took place in the Mutiverse complex, somewhere in the Schwechat area, S-E of Wien. For us, it was relatively easy to get there, as we were already accustomed with the S7 train line, which transported us from the airport to the city center. From the station, we only had to walk about 5-7 minutes to reach the place. Everyone was friendly there and we were delighted to meet Mijk and his colleague, in charge with the organization of the festival.

We arrived just in time for the Flatfield, a gothic rock band that reminded me of the late 80’s post-punk& Goth UK musical scene, an obvious homage (or reference) to the Bauhaus band. Their live act was a great choice to start the 2nd day of the fest, as they surrounded us with a mysterious, dark atmosphere, profound and old, but yet so new. We really enjoyed their music and we hope to hear them again in the future. 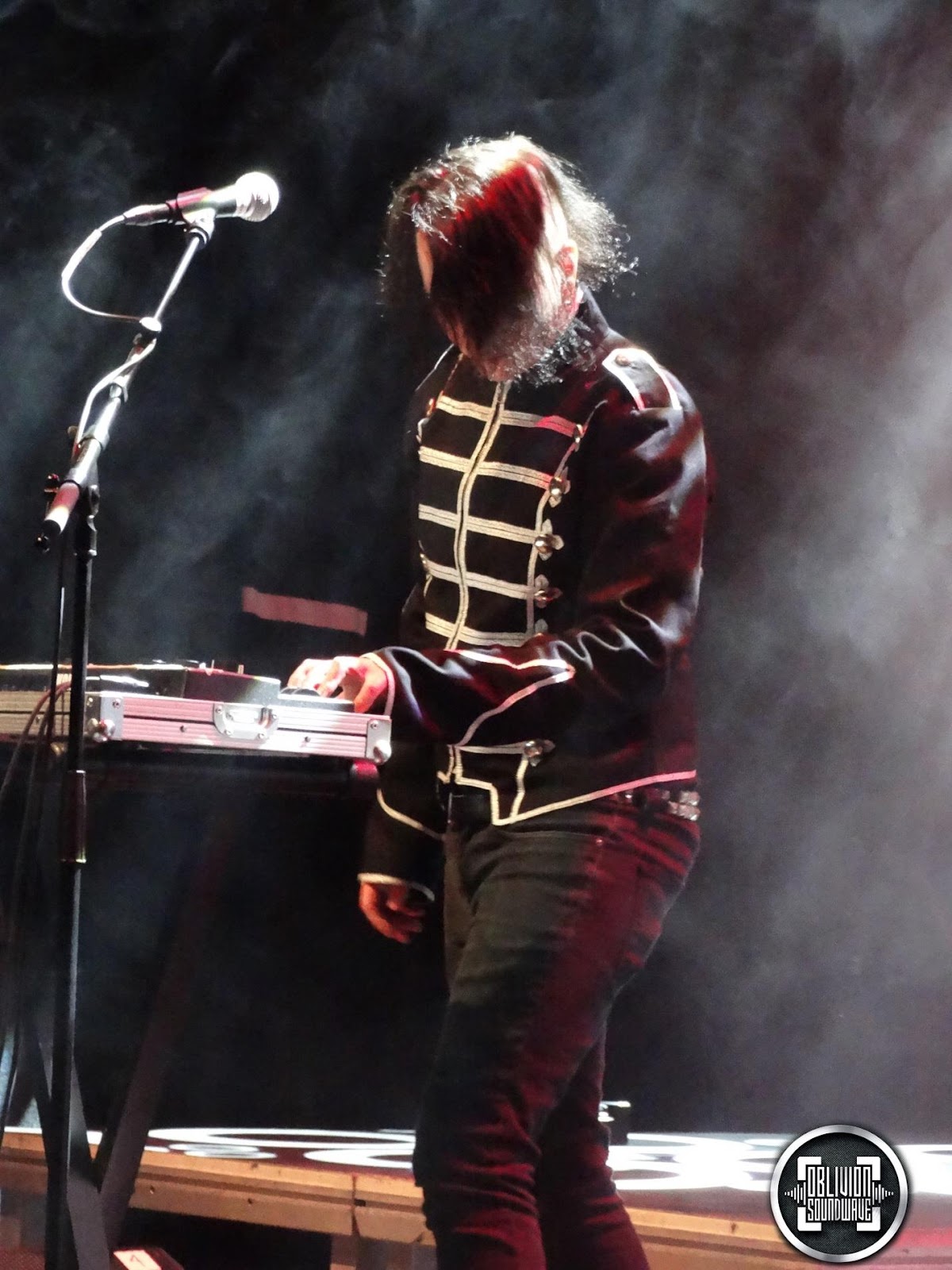 The next band on the main stage was Schramm, who began their show with a boost of energy. Their post-apocalyptic/cyber-industrial costumes were spectacular and the sound was a well-made combination of industrial and metal, with a touch of old school EBM. More than that, their live performance and choice of musical instruments makes them a good candidate for the Neue-Deutsche Härte genre, but with a twist. Definitely a band worth seeing! 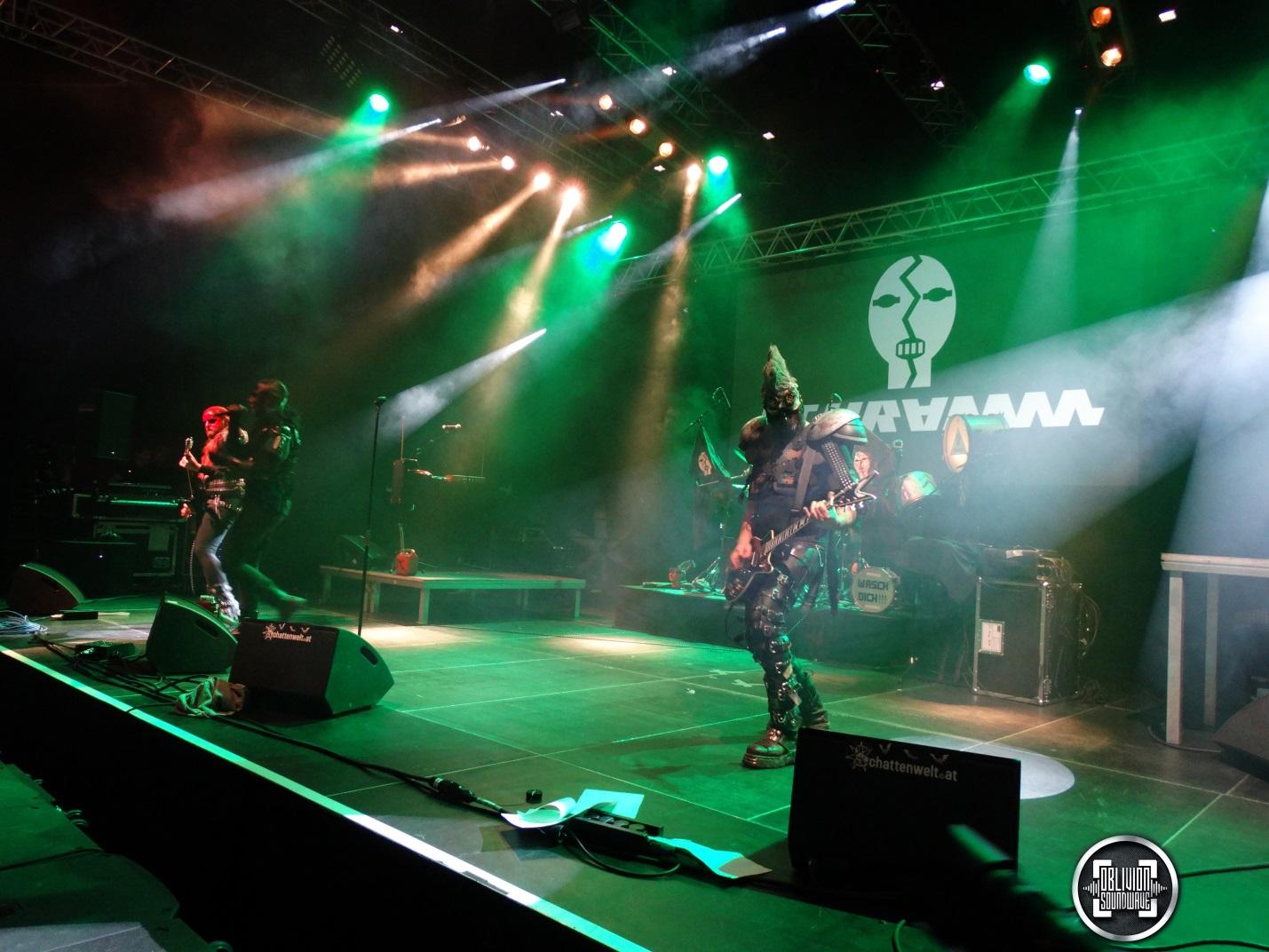 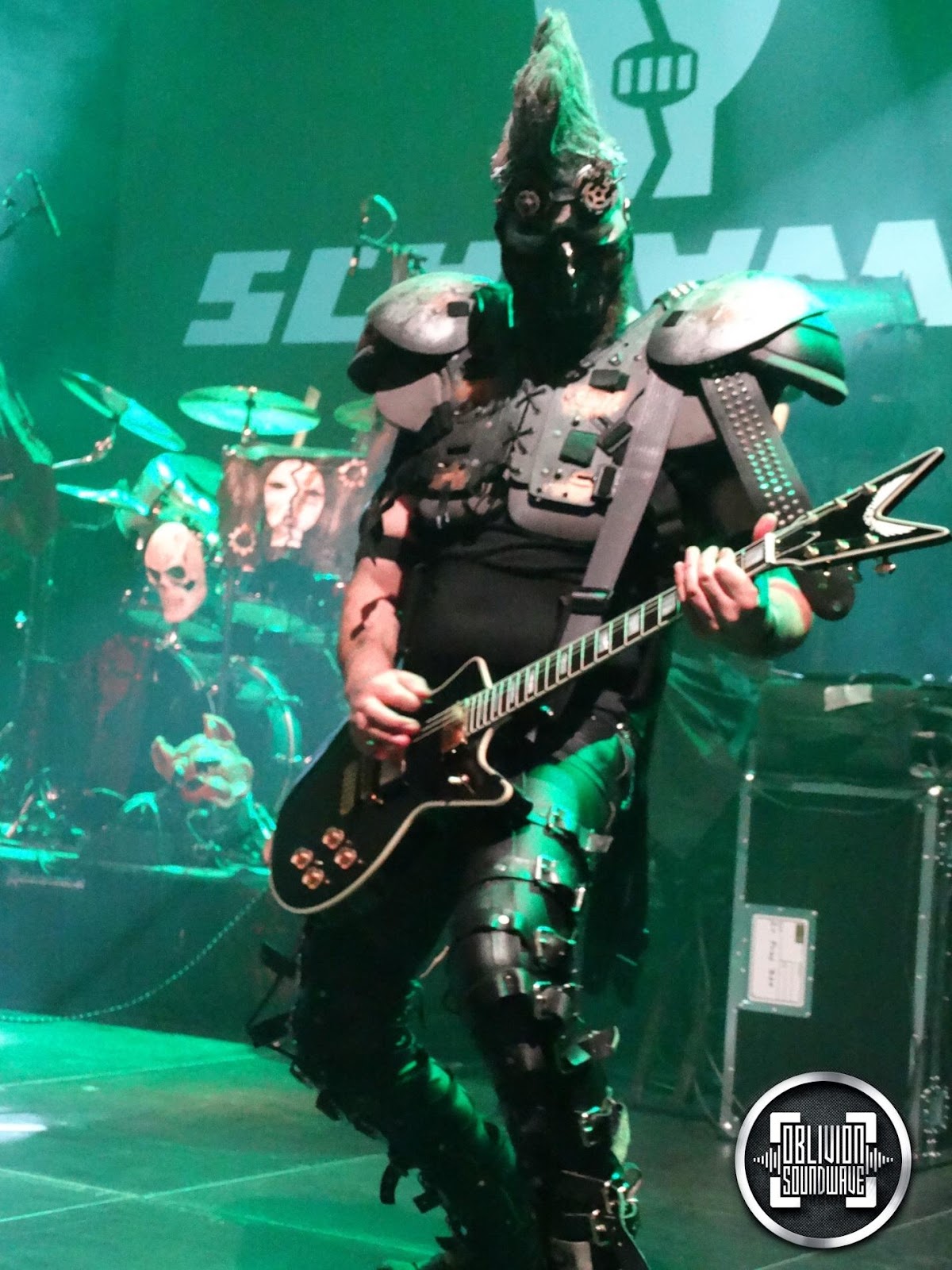 Shortly before Schramm ended their show, we moved to the Club Stage scene to see the first project playing there. As we knew that Front Angel could not come due to health reasons, we were wondering what band will replace them. Actually the whole timetable for the Stage Club was shifted, which was great because it gave us the opportunity to see more bands. Speaking of stages, we found weird it and sometimes a bit frustrating that the access ways between the main and the club stage, as well as to toilets or main exit kept on changing. We really did not understood why this was necessary, especially when you are in a hurry between the concerts.

On the 1st floor of the building there was the room called “Gothic Lounge”. We somehow missed its entrance as well as the Club Stage’s…although there were arrows pointing in the right directions. Later on, it became even more difficult to reach these areas as mentioned above, because of the access ways…the Gothic Lounge was a separate room with its own DJs that played mostly old school goth and electro, a delight for our ears. It was really a great experience, great music and above all, smoking was allowed. Too bad they would only open at 8 PM…

Getting back after a smoking break, we explored the festival area and had a look at the merchandise. There was official merch from the bands performing, Schattenwelt official merchandise, clothes and accessories from Sinister and lots of jewelries and cosmetics. Other than that, there was a stand with New Rock shoes and boots and some hoodies with a tribal design. We stopped by almost everywhere to buy some souvenirs for our friends, yet we were a bit discouraged by the prices. On the plus side, payment by card was accepted at every stand and the nice lady from hoodies’ stand gave us a discount.

Closing the shopping session, we went to the bar for a refill. The drinks were affordable yet they could have been cheaper and we were somehow disappointed there was no bottled still water available. The pfand (specific to big festivals) was another slight inconvenience.

We arrived to the Stage Club just in time to see the 1st band playing there, Aministia. The duo from Germany, unknown to us until then, tangled us into their atmospheric music, scattered with dark electro elements. The passion of the vocalist, the obscure, duo-toned visuals running in the back, the blue lights, slightly undulating on the faces of the public contributed to a successful show. 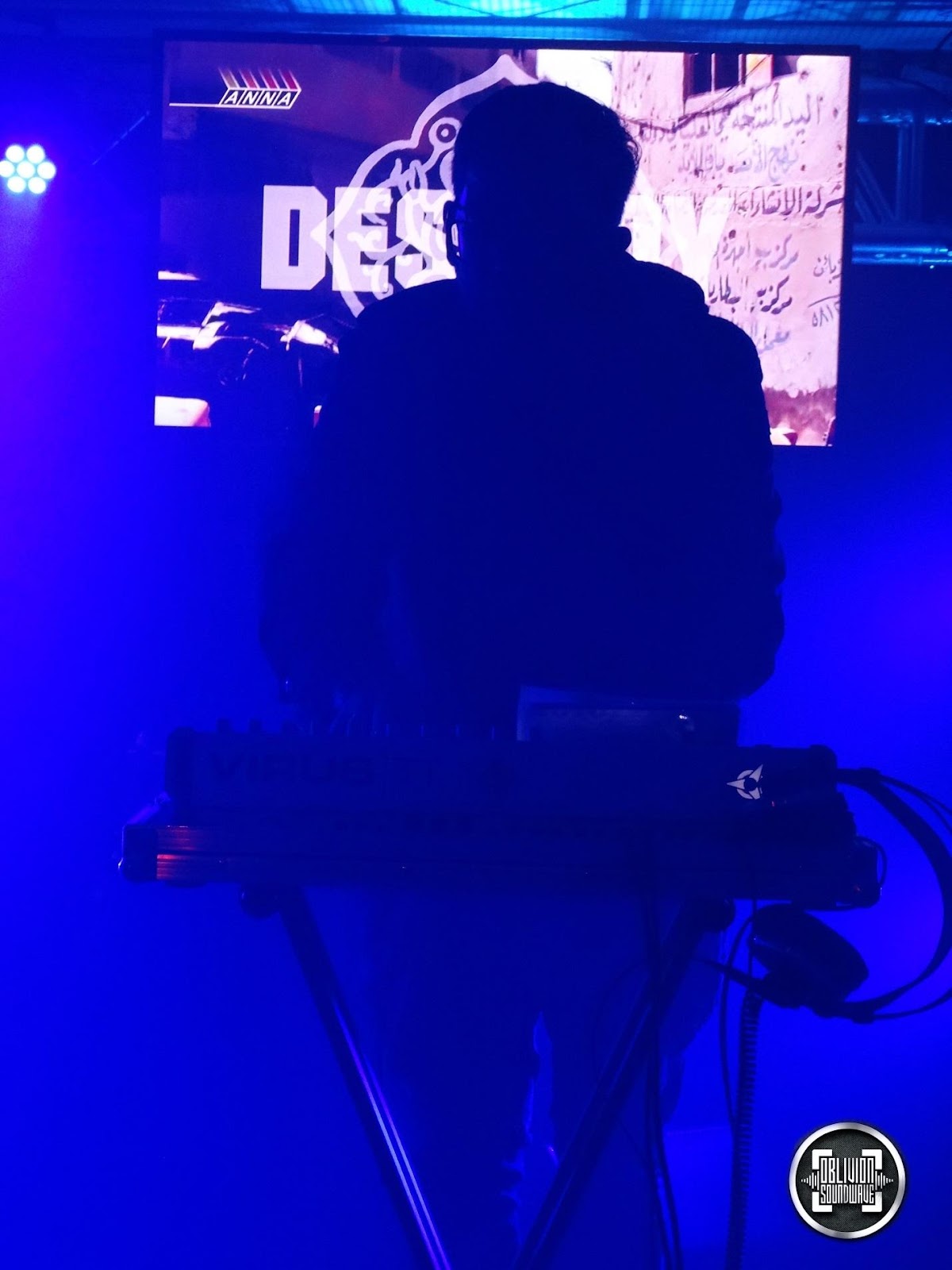 We got back to the main stage, just in time to see Frozen Plasma, who, although we’ve seen them live many times, made our hearts rejoicing once more during their songs. We danced and sang along, wishing the time would stay still, just for a moment longer. After all this time, they still are one of the best electropop/darkwave bands! 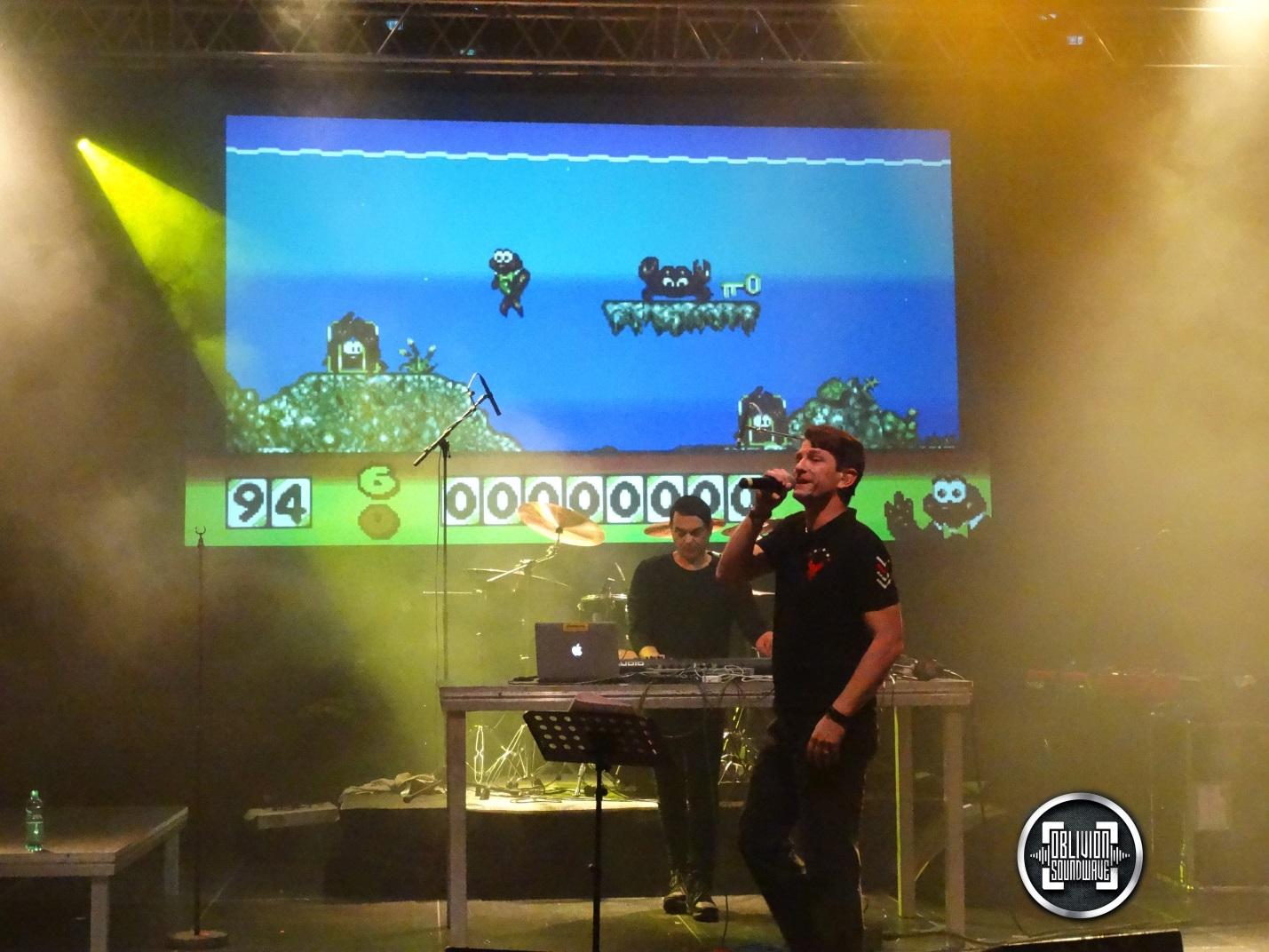 Before Diorama, we got back to the Stage Club to see Orange Sector and to stomp on some old school EMB rhythms! Although the 2nd stage was rather small, it was full of people fervently dancing and enjoying the show. I really admire this band for their history, for the legacy they carry along and most important, for the fact they reinvent themselves, but staying true to the genre. Songs like “Endzeit”, “Der Maschinist”, “I hate you”, “Terorristen” always manage to re-ignite the passion in our souls.

[no pictures with Orange Sector unfortunately, because of the “bad” lightning coming from behind the stage]

As mentioned above, another pleasant surprise was to see Felix Mark performing again later on, alongside his other project, Diorama. As we’ve never seen them live before, we were even more excited about this concert. Everyone in the room was impressed by their performance and touched by the warm feelings coming from the stage and by the long lasting friendship between Torben and Felix. Pictures from different times in their lives were projected as a diorama, on the wall behind them. 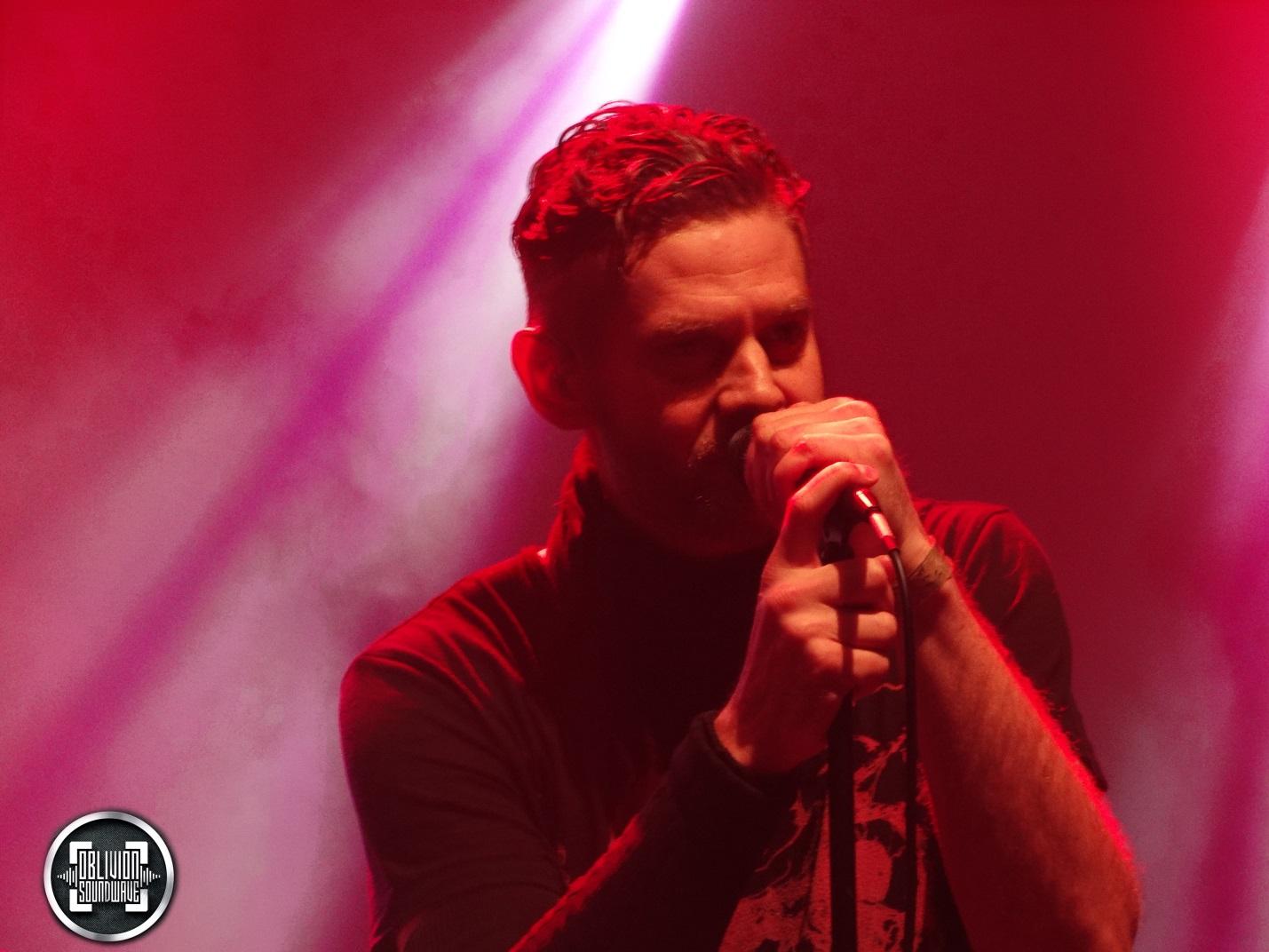 The next and last band we saw that night, was AND ONE, one of our favorite headliners, (and the others’, because apparently the main stage was the fullest during their performance). They started with the Eurythmics cover, which was a surprise…they always play it, but close the end of their concerts. Their songs were appreciated by the public, although Steve’s performance and style were not the same, but this didn’t change the fans’ positive reactions, who welcomed the band warmly from the very beginning of their show. As AND ONE will always hold a special place in our hearts: Till next time, when we can dance (again) on holy grounds! 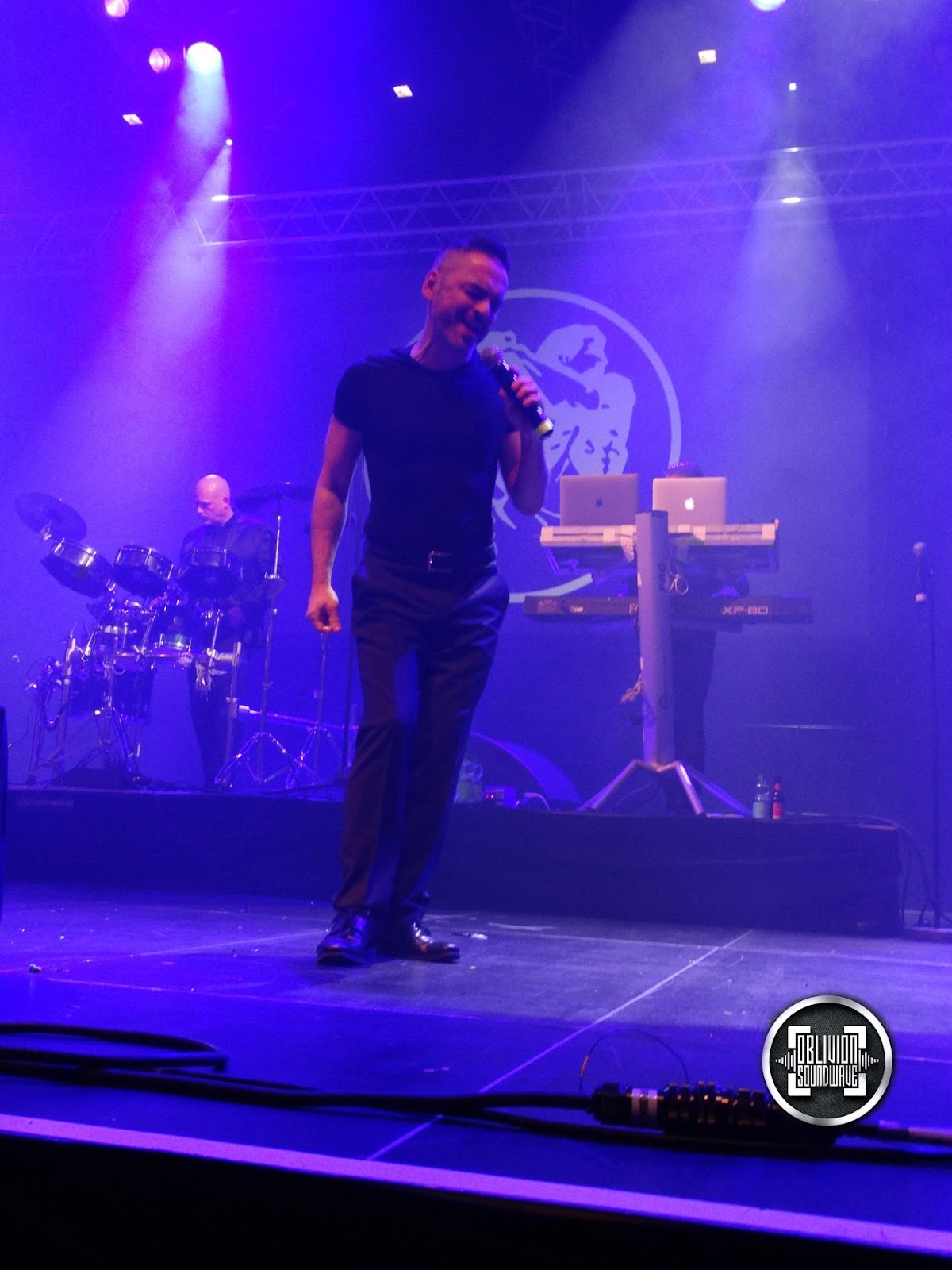 Summarizing, we felt very welcomed into the Austrian “Shadow World” and we are glad we were there. Thank you, Schattenwelt for a wonderful experience! 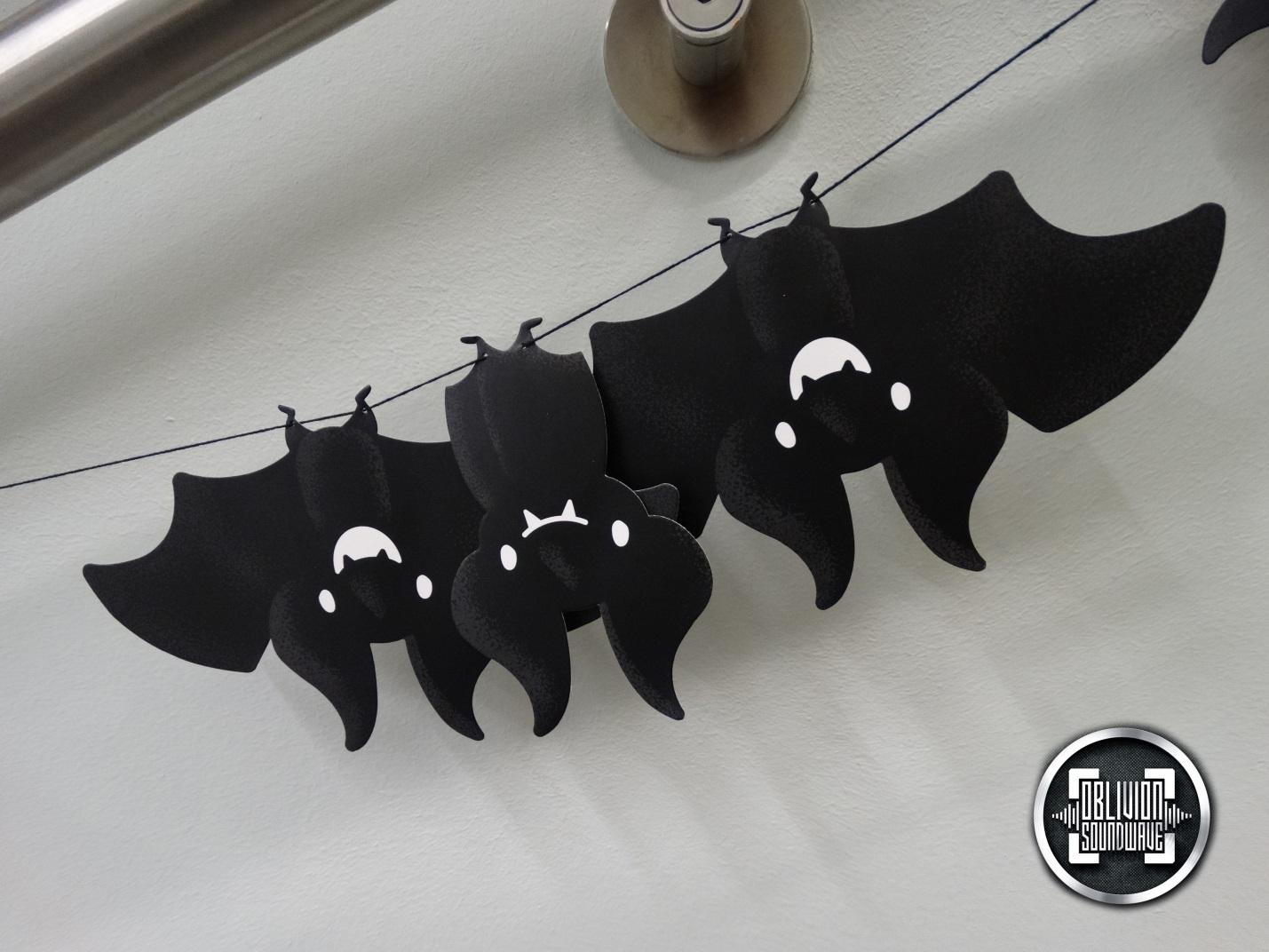